It was a delightful start to the day, with hardcore heavyweights Counterparts and Stray From The Path dropping brand new tracks. We were lucky enough to get some new Stray a few weeks back with “Fortune Teller”, a slamming single that lived up to all of the Stray hype. While Counterparts is wrapping up the Pure Noise Tour, they also dropped hints that new things were coming, most notably with Nothing Left To Love, the title of their newest album.

While this year has been packed with legendary tours and albums, today’s package hit home for me in another way entirely. I’ve briefly covered in the past how my last ever show with my best friend/concert buddy was Private Room, which was held nationwide last fall. Good news, Private Room 2.0 is officially on. Varials and Counterparts are sticking around and bringing on a few new acts. This, in dynasty fashion, also features Stray From The Path, Chamber, Greyhaven, End, and Dying Wish.

Stray From The Path follows up “Fortune Teller” with “Kickback”, a killer track featuring Brendan Murphy of Counterparts. We live for the collabs and this one is dynamite. In what might be the most brutal track of the year, Drew Dijorio and SFTP tell all once again and bring nothing but hard knocks with “Kickback”. It’s another progression from Stray, who continues to build on a monumental career that keeps getting bigger. “Kickback” is yet another step in the direction of solidifying Stray as hardcore legends. Brilliantly done, once again. This album is going to be ridiculous. Internal Atomics drops November 1st via UNFD.

Counterparts is back like they never left (because they never truly do). One of the hardest working bands in the scene is back on the release radar with “Wings of Nightmares”, a song that is a testament to what we can expect out of Nothing Left to Love. Frontman Brendan Murphy announced on social media that this album would be the best Counterparts record yet. “Wings of Nightmares” gives every indication that he is right. But hey, we all know the one real philosophy: In Brendan We Trust. Oh yeah, and picture Rob Dyrdek standing on a huge laptop.

Catch Stray From The Path and Counterparts on the Private Room 2.0 Tour this fall! Dates are listed below. 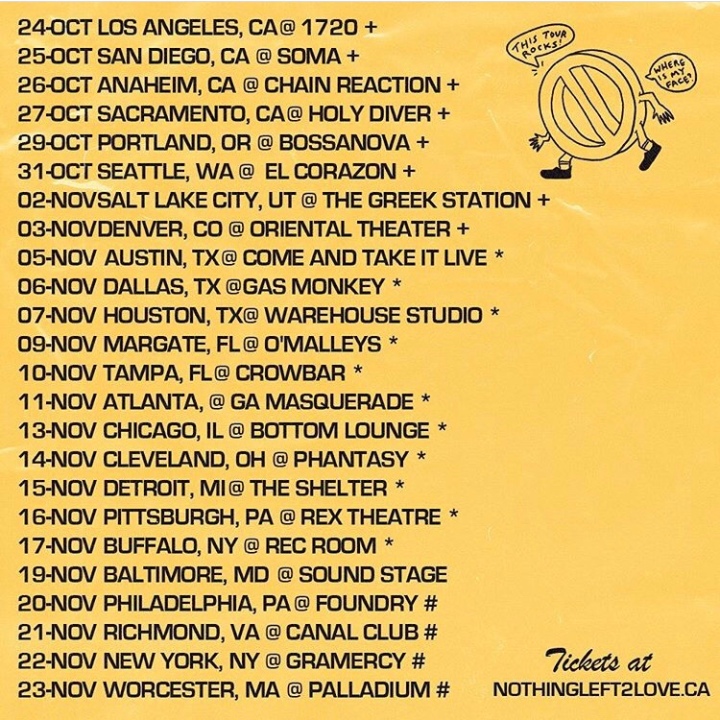 Connect with Stray From The Path here